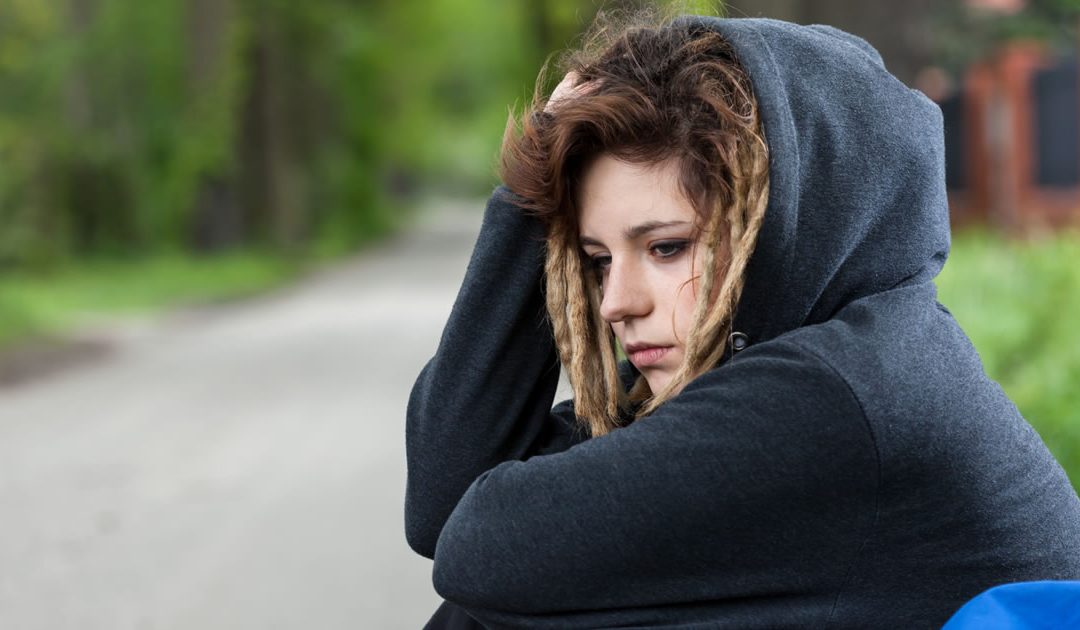 A Certain Woman Had a Flow of Blood for Twelve Years

Now a certain woman had a flow of blood for twelve years, and had suffered many things from many physicians. She had spent all that she had and was no better, but rather grew worse. When she heard about Jesus, she came behind Him in the crowd and touched His garment. For she said, “If only I may touch His clothes, I shall be made well.” Immediately the fountain of her blood was dried up, and she felt in her body that she was healed of the affliction. And Jesus, immediately knowing in Himself that power had gone out of Him, turned around in the crowd and said, “Who touched My clothes?” But His disciples said to Him, “You see the multitude thronging You, and You say, Who touched Me?’ ” And He looked around to see her who had done this thing. But the woman, fearing and trembling, knowing what had happened to her, came and fell down before Him and told Him the whole truth. And He said to her, “Daughter, your faith has made you well. Go in peace, and be healed of your affliction.” – Mark 5:25-34 NKJV

This passage is about a woman who was desperate to get to Jesus. She had a bleeding hemorrhage that was incurable and was slowly destroying her.

Excessive or prolonged menstrual bleeding can lead to severe medical conditions such as anemia, iron deficiency, weakness, fatigue, and severe pain so we could only imagine the pain and struggle just to get through each day.

She was broke. She had spent everything she had on medical bills and treatments. Then when you consider her many disappointments with the doctors and the poverty it brought her, you wonder how she endured as long as she did.

Outcast, Abandoned, and Separated From God

And as if that was not enough, there was one more burden she had to bear: according to the Law, she was ceremonially unclean, which significantly restricted both her religious and her social life.

“By the very law of her people, she was divorced from her husband, and could not live in her home; she was ostracized from all society, and must not come into contact with her old friends; she was excommunicated from the services of the synagogue, and thus shut out from the women’s courts in the temple.” (George Campbell Morgan)

So you can imagine the glimmer of hope she had when she heard about Jesus. But unlike Jairus who came before Jesus to tell Him his problem in the passage just before this (Mark 5:21-24), she felt like she had to sneak up from behind and touch His garment.

I mean can you imagine her having to tell Jesus in front of everyone what the issue was? Since her bleeding made her unclean, can you imagine how all the men would respond knowing that she had touched so many of them trying to get to Jesus?

Or even worse yet, imagine after all that, if Jesus refused to touch her because she was unclean. So she probably figured maybe Jesus didn’t need to know that he touched her at all. What if she touched him? With that mass of people all trying to get close to him, she could just quickly touch his cloak. Nobody would ever have to know! “Perhaps if only I could touch His garments, I could be made well.”

You can imagine her fear when Jesus asked: “Who touched My clothes?”. You can picture the crowd stopping; the crowd stops thronging Him for a moment, everyone looking at each other, everyone afraid to say anything.

So now Jesus looks directly at her, and the woman realized she had been caught. Her joy had turned into fear now thinking that perhaps she was wrong to have done this. So she comes and falls before Jesus telling Him her whole story.

So often we carry guilt and shame that prevents us from coming to Jesus. We are afraid that if people find out about whatever it is I am harboring, I will never be accepted, or worse, further rejected.

It Is More Than Just Being Rescued From Our Situation

Why would Jesus make her go through this even though He already knew who she was? It was for her sake.

She arrived in shame of her affliction. When she touched His garment, she was healed and filled with joy, but not free from the guilt and shame of the past and how she obtained the healing. So Jesus gave her an opportunity to tell her story. To confess her affliction, her pain, her agony, her hardship, her story, and her attempt to hide her affliction and risk making many men and women ceremoniously unclean in her effort to push her way through the crowds to get to Jesus.

And it gave Jesus an opportunity to heal more than just her affliction, but to free her from any guilt or shame she may have had in the future.

By calling her “Daughter”, He was revealing His love for her. Jesus never called any other person by this name.

By telling her to “Go in peace” He was reassuring her she had nothing to feel guilty about.

And by telling her “be healed of your affliction.” He was assuring her, and everyone around her, that she was, in fact, healed and no longer ceremoniously unclean, nor was anyone whom she had touched in the process of getting to Jesus.

She would no longer have to hide her testimony.

Our Past Is Forgiven and We Have Been Made New

It does not matter in what condition it is in when we come to Christ, what matters is the outcome of that encounter. Click To Tweet

What a beautiful reminder that we no longer have to be ashamed of our past. When Jesus touches us, our past is forgiven, and all things are made new. We go from being sick, outcast, ashamed, guilty, and isolated, to being welcomed into His family, forgiven, and made new.

I no longer have to hide what my past was. It was terrible, but I no longer identify with that life. My identity is in Jesus Christ. Not my old life, not even in my new life, not my health, not my job, not my gifts, not my talents, but in Christ and Christ alone.

People are often surprised when I tell them that the day I became a Christian, I was in a garage with two friends and had been up for three days high on a lethal combination of cocaine, crank, methamphetamine, and alcohol.

It was in that garage, in that very dark place, that Jesus met me where I was, and I could not help but surrender my life to Him. Like this woman, my life would never, could never, be the same.

It does not matter in what condition it is in when we come to Christ, what matters is the outcome of that encounter.