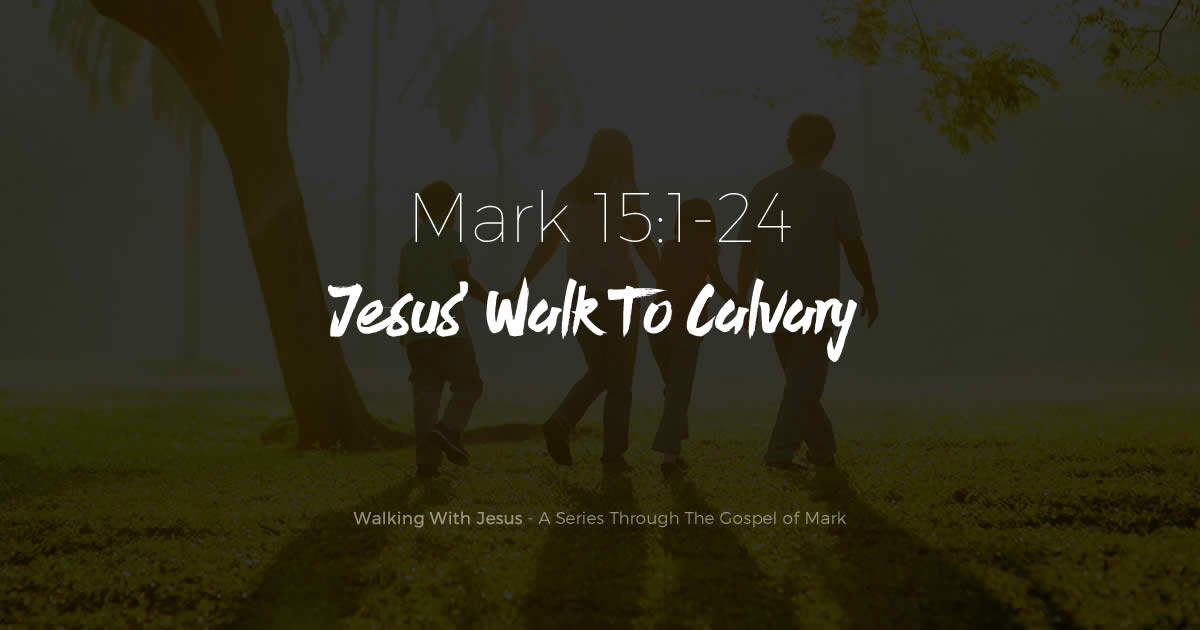 In this study, we take a close look at the illegality of the first three religious trials and the lawlessness of the three political trials with Pilate and Herod that took place afterwards. After finally giving in to the people, Pontius Pilate, knowing Jesus was innocent, ordered Him to be scourged and then crucified.

Jesus was then paraded down a series of roads leading outside of the city, to a hill known as Calvary, where people were normally crucified. By this time Jesus has been beaten several times, mocked, spit upon, scourged, given a crown of thorns and was barely able to even stand on His own. We read that when they left the trial, the guards “led” Jesus but by the time they got there, scripture says “the brought Him”